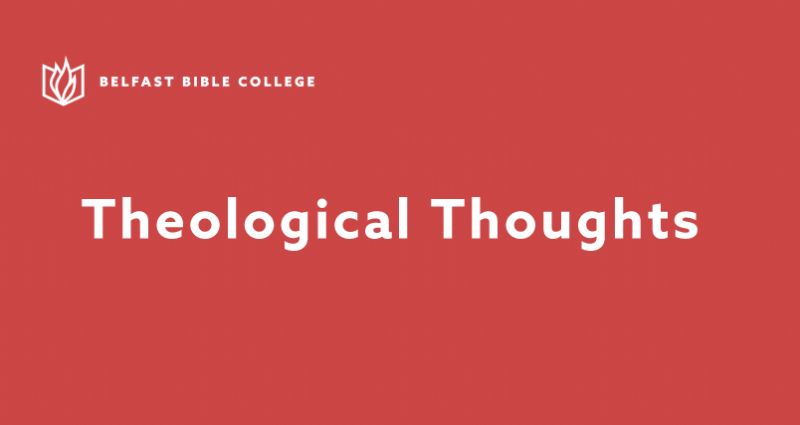 Our Theological Thoughts series is posted on our social media (Facebook & Instagram) on a regular basis. This is where we ask readers to pause for a couple of minutes to consider a thought written by one of our lecturers that will make them think a little bit deeper about their faith. 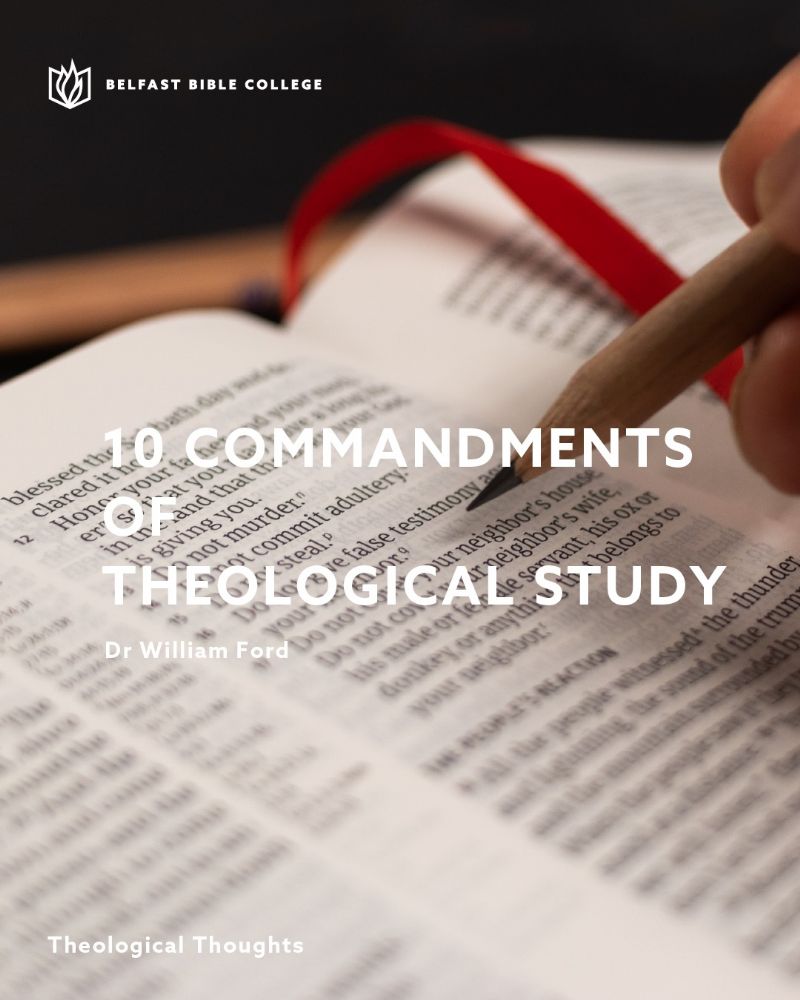 1. I shall remember that my relationship with God is both the source and the goal of my studies. I shall guard against the subtle danger of doing theology primarily for some other reason.⁠
⁠
2. I shall remember that my theological image of God does not contain or exhaust Him. I shall strive to be humble and teachable as I learn more about Him with and through others who may hold different views than I do.⁠
⁠
3. I shall not seek to use theology or make claims about God for my own benefit over against others.⁠
⁠
4. I shall undertake my studies as a balanced part of my overall life. As part of this I shall ensure that I have periods of regular rest, trusting in God that He will give me the time to do what He wants me to do. I shall also ensure that I do what I can to enable others to have similar periods of rest.⁠
⁠
5. I shall respect those in authority over me, even if I do not always agree with them. I shall not neglect my family as a result of my studies.⁠
⁠
6. I shall avoid unjustifiably causing anger/becoming angry with others, either as part of my studies or more widely.⁠
⁠
7. I shall avoid inappropriate relationships, attitudes or thoughts towards other members of the community, but instead strive to see them as Christ does.⁠
⁠
8. I shall not deprive others of resources that belong to the whole community (e.g. library books).⁠
⁠
9. I shall not present someone else's work as my own. I shall not spread gossip or rumours about others.⁠
⁠
10. I shall not covet my brother/sister's abilities (academic or otherwise), their background, their experiences, or indeed their physical possessions. I shall try to give equal thanks to God for what He has given them, and for what He has given me.⁠ 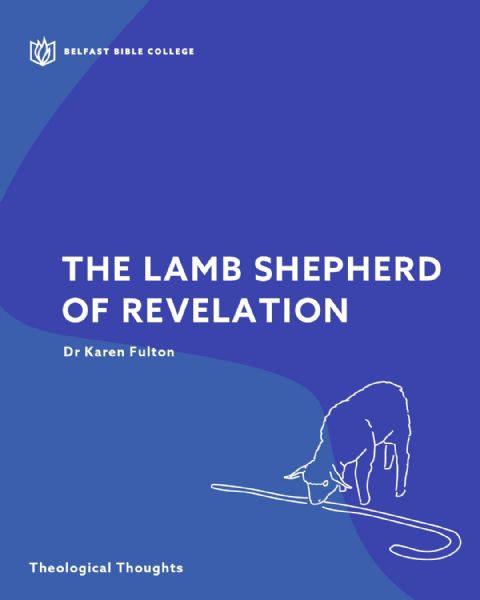 The Lamb Shepherd of Revelation by Dr. Karen Fulton

The dominant picture of Christ in Revelation is as a Lamb but this Lamb is also a shepherd. Christ as the Lamb Shepherd leads his people to the springs of the waters of life (Revelation 7:17). The idea of a lamb who is a shepherd is unusual. What use is such a shepherd? If a sheep is lost can a lamb pick it up and carry it home to safety? Shepherds care for the flock by virtue of being different, able to do the things the sheep cannot do. The benefit, however, of a Lamb Shepherd is a shepherd who totally gets what it is like to be a sheep because they are one. The image of the Lamb Shepherd in Revelation 7:17 expresses a profound truth. We have a Shepherd who is both one of us (human) and not one of us (God). As such he is uniquely placed both to help and to understand. 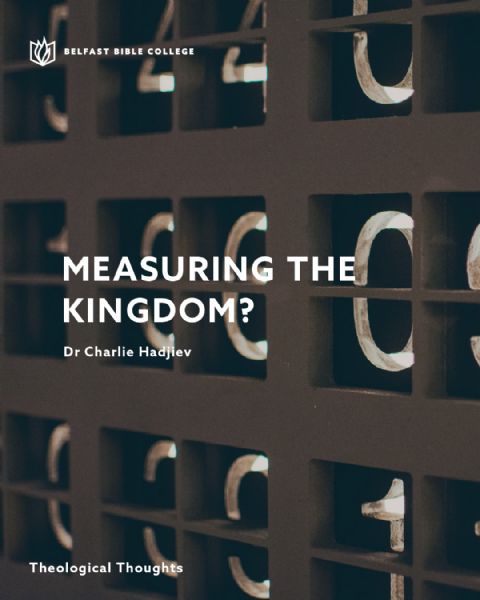 In 2 Samuel 24 David makes a foolish mistake. He decides to ‘count the people of Israel and Judah’. It is not clear why this is so problematic. Making a                census is not in and of itself wrong. In the book of Numbers, the Lord himself orders a census. Yet in David’s case the census is clearly a ‘grave sin’. Joab whose task is to carry it out know this and tries to object. Even David comes to recognise that he has sinned and begs for forgiveness, as the Lord’s judgement falls upon him.

As it turns out, in God’s plans and purposes counting can sometimes be good (Numbers) and sometimes bad (2 Samuel 24). This tension underlines the ambiguous nature of using numbers to measure what is happening in the kingdom of God. We live in a culture obsessed with numbers. Statistics tell us everything, from the state of the economy or the NHS, to the development of the pandemic. It explains our present, predicts our future and dictates our behaviour. It is not a surprise that Christians also use numbers extensively to calibrate their ministry and measure its impact. For goals to be of any use, they need to be measurable.

Sometimes that is fine. In fact, there are situations when to rely on the numbers is wise and necessary. But not always and not for everything. David’s story reminds us that there are sacred dimensions of God’s domain that cannot be counted, and should not be counted. 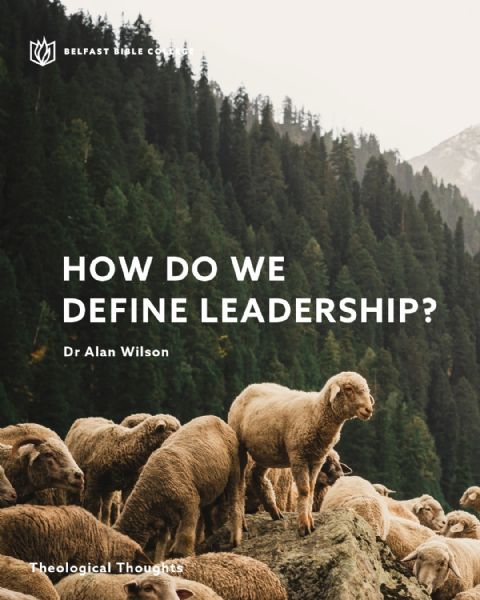 How Do We Define Leadership? by Dr. Alan Wilson

‘To an extent,’ wrote Warren Bennis, ‘leadership is like beauty: it’s hard to define, but you know it when you see it.’ However you define it (and hundreds of definitions have been suggested) in reality we are surrounded by it. Some of us get to exercise it and all of us feel its impact in some sphere or other. But what about Christian leadership? Is there such a thing? If there is (and it sounds as though there should be), is it enough to take a few concepts from the leadership of people like Sir Alex Ferguson or Angela Merkel and sprinkle them with a few out-of-context verses, or is there more to it? How should we read Scripture with reference to human leadership?

While we need to be careful that we don’t attempt to reduce the Bible – or at least particular sections, like the stories of Joshua or Nehemiah – to the level of ‘Leadership 101’, it’s clear that Scripture has plenty to say about what it means to lead well. Some of its rich resources are found in the portraits of biblical leaders, but another source lies in its array of metaphors, word pictures that shine a light on the heart of biblical leadership. Leaders are teachers and soldiers, parents and pilots, ambassadors and farmers. But perhaps the two predominant leadership pictures in Scripture are of servants, working humbly and obediently, and shepherds, combining courage and compassion.

What word would best describe you as a leader? 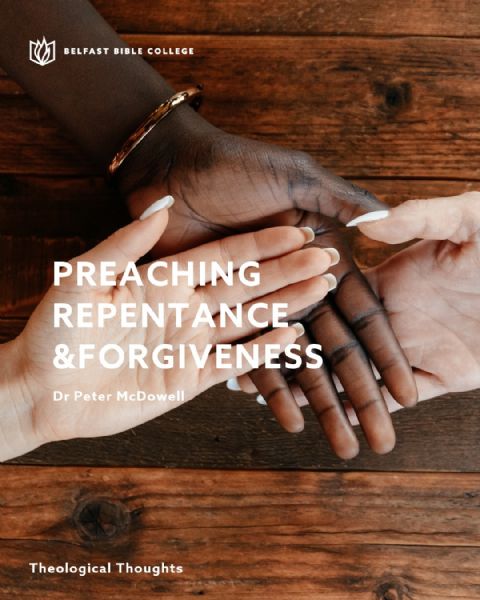 When Jesus says ‘that repentance and forgiveness of sins is to be proclaimed in his name to all nations’ (Luke 24:47), we tend to assume that he is talking about personal repentance and that the forgiveness offered is by God.⁠
⁠
Restoring the relationship between individuals and God is clearly part of the gospel message, but it is only a part of much greater purpose. God’s mission throughout scripture is the healing of the three relationships damaged in the fall: the relationship between humans and God, the relationships between human beings and the relationship between humans and creation.⁠
⁠
This is why overcoming cultural, ethnic and other differences within the church is of central importance in the New Testament. Peter’s refusal to share food with uncircumcised believers was contrary to the gospel and could not be ignored (Gal 2:14). The gospel creates a community where the destructive divisions in society are overcome, so that there is ‘no longer Jew or Greek, there is no longer slave or free, there is no longer male and female; for all of you are one in Christ Jesus’ (Gal 3:28).⁠
⁠
But overcoming these differences is not an easy process. It inevitably involves repentance and forgiveness. Slavery was a brutal institution in the Roman empire. So, a gospel message that included the creation of a community where slaves and masters were in a new relationship required that repentance and forgiveness had to be preached between people as well as between people and God. What might this mean in the face of contemporary divisions in society?⁠ 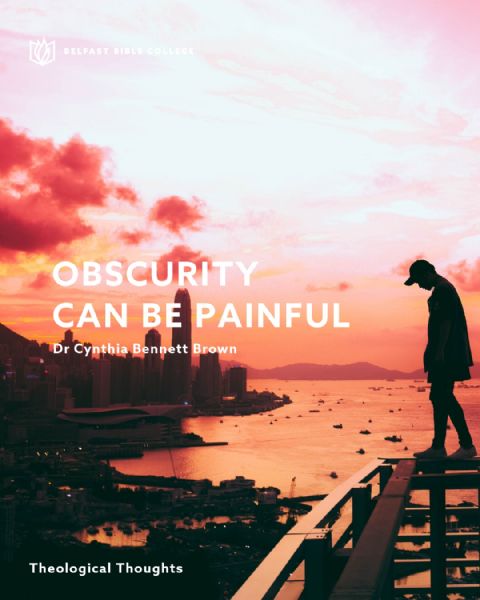 Obscurity Can Be Painful by Dr. Cindy Brown

Obscurity can be painful. Obscurity can be painful, that is, if celebrity is a measure of significance as is argued relentlessly by our culture: followers = legacy; clicks = influence. But what if popularity were no measure of anything beyond a passing glance, forgotten as soon as the next image appears to distract away? What if anonymity were not agony but a gentle kindness from God who knows fame’s mortal danger for frail and fragile egos?

One saint who understood obscurity was Julian of Norwich (1343 – 1416). Though known by some through her writings, little else is certain about her, not even her full name. She lived in Norwich and served as an anchorite – someone who lives, literally hidden, in a small stone cell attached to a church. Here she spent years in solitude and devotion to God, with locals supplying her with food and drink through a small window in one wall.

“God, of your goodness, give me yourself,” she wrote. “You are enough for me, and anything less that I could ask for would not do you full honour. And if I ask anything that is less, I shall always lack something, but in you alone I have everything.” Even so, merciful Father, grant us too a desire for the secret life with you, whose love is the cause of all existence and the source of all meaning. 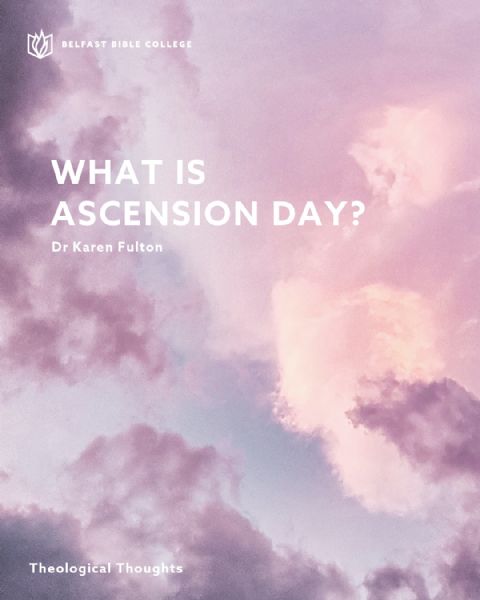 What is Ascension Day? By Dr. Karen Fulton

Today (13.05.21) is Ascension Day, a day that celebrates the ascension of the risen Christ into heaven where he is now seated at the right hand of the Father, a position of glory, honour and power. Christ’s ascension marks a transition point, both for Christ and his disciples. For Christ there is a departure from being on earth with his disciples to being in heaven with his Father; for the disciples there is a movement from being with the risen Christ, learning from him and being convinced of the resurrection (Acts 1:3) to waiting for the promise of the Father, power for their future ministry (Acts 1:8); a movement from understanding the past to looking ahead to the future.

Today offers us a chance to reflect on the significance of Christ’s ascension, now a past event, and consider how it impacts the future, both for us and the world he created.