The Mission of the Church in a Post-conflict Context: A Reflection on Reformed and Anabaptist Approaches among Christians in Northern Ireland 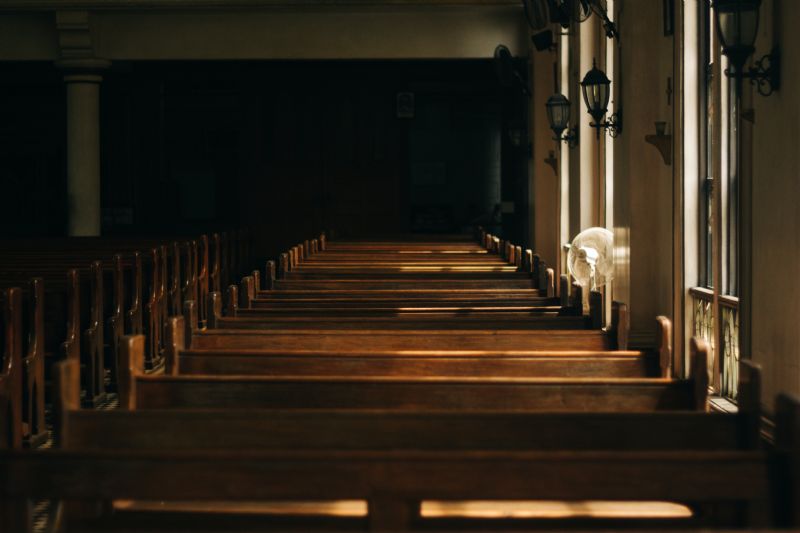 My Masters dissertation focused on the core purpose of the Church, as it applies to our post-conflict and still intractably divided community in Northern Ireland.  Twenty-Two years after the signing of the Good Friday Agreement, the Northern Ireland public and their political representatives appear to have settled for ‘an end of violence’ and protracted division of the two main communities, each with its own separate culture.  The Church in Northern Ireland has, in the main, accepted this status quo.

There has been concerted work over the last 20 years to promote dialogue between the Catholic and Protestant Churches in Northern Ireland.  However, while Calvinist and Anabaptist streams of Protestantism have publicly espoused very different theological responses to community division here, it would appear that no work has been done to generate a conversation between them about forgiveness and reconciliation.  In my research I attempt to address this issue, looking at three key areas: the purpose of koinonia, the teachings of Jesus on reconciliation and differing hermeneutics of how the Church should interact with the state.

Koinonia is a fellowship created by God, an image of the Trinitarian divine fellowship, an eschatological human community that exists but is not yet complete.  For some 1,600 years of the Church’s two millennia history, the Nicene Creed has proclaimed the Church’s orthodox belief that this koinonia is ‘one’.  God’s ultimate purpose is to reconcile human beings to Him and to one another in this one koinonia.

In the context of Northern Ireland, we need to consider fractures in the koinonia not only in terms of the historical division between Catholicism and Protestantism, but also the division between Calvinist and Anabaptist streams of Protestantism.  This Protestant division centers on a fault-line that can be traced from the beginning of the Reformation in 1520’s Geneva. How should the Church relate to the State?  Should a Protestant be ‘for God and Britishness’? How should Protestantism here encourage the public to respond to community division?

Pannenberg contented that Christ is present in each local church celebration, therefore, the Church communion is primarily a network of local congregations rather than denominations (Karkkainen 2002, 115-120).  If these congregations and their denominations do not actively seek to make-up one Church, then this broken koinonia prevents God’s ultimate goal of all people being in a reconciled community with Him.  Congregations and wider denominations cannot ignore their membership of the universal body of Christ or the eschatological purpose of the Church in God’s mission, which is ultimately about reconciliation.  If the Northern Ireland Church cannot model a reconciled community, what does that say to the divided people of Northern Ireland?

Northern Ireland has experienced name-calling, vilification, finger pointing and violence throughout its 99 year history, most intensely since the mid-1960s.  Into this context the Sermon the Mount is a call for Jesus’ followers to be a Koinonia which imitates the divine fellowship in the Trinity. This means to be representatives of God and His kingdom, to bring that kingdom to reality in their own being.  Through God, the Church can be the agent of community transformation, indeed this is God’s intention.

The Beatitudes set-forth qualities of character by which Jesus’ followers will provide an example of a ‘better righteousness’ and make the kingdom of God a reality in the world (Garlington, 2011, 730).  However, this can only occur if the Koinonia will seriously seek to fulfil its ontological nature, to be this ‘better righteousness’.  If today’s Church in Northern Ireland feels powerless to change or even impact the surrounding culture, it needs to audit itself against the Sermon on the Mount.  It should be encouraged by Jesus’ starting point, ‘blessed are the poor in spirit’.  Human beings are incapable of changing the world, or achieving righteousness, by their efforts alone.  Jesus’ followers are to come before God empty, totally dependent on Him.  Kline notes Kierkegaard’s argument that to reflect the image of God, the human being must first become nothing, for if they want to be something, that ‘something’ will hinder their reflection of God (Kline, 2018, 697-719).

Particularly important for Northern Irish churches is a realisation that, a Christian community which understands its own ‘poverty of spirit’ and reliance on God, has nothing to defend in the world.  This is the only place from where the Church can then, in the power of Holy Spirit, speak and act as Ambassadors (2 Cor. 5:20) on behalf of God and His kingdom.  With this spiritual insight and divine power, the Koinonia can move from the Beatitudes to respond to sin with grace and to the consequences of sin with mercy.  This means journeying ‘the extra mile’ with those we believe have mistreated us. It means that judgement must be used with great care, conceived in love, developed in self-reflection and exercised constructively.  The reconciling purpose of the Koinonia must always be central to its responses in the community.  Schlabach argues that the key to Matthew 5 is Jesus’ examples of taking ‘transforming initiatives’ that break us out of vicious cycles (Schlabach, 2018, 87-91).  Our responses cannot be only ‘peace keeping’, they must be ‘peace making’.  This will require earnest wrestling with God, not only to become the people He needs us to be, but to develop innovative responses to our intractable problem of division.  The command to love even our enemies is not ‘pious practice for the uber faithful, or the “A” mark in a Christian test, it is a pass/fail, all or nothing endeavour.  We have to decide if are signing up or not’ (Blink, 2018, 29-30).

Brewer (2013, 2) contends that the conflict in Northern Ireland is not over religion but rather over the legitimacy of the state. However, this conflict takes on decidedly religious forms.  It points to a core theological issue for Northern Irish Protestant churches, one as old as the Reformation, their paradigm of the relationship between Church and State.  In the Swiss Reformation the Magisterial Reformers, were determined not just to achieve a reformed established state Church, but a ‘Church State’ in the Holy Roman Empire model.  They used physical force to silence, eject and ultimately kill Anabaptists who refused to accept this marriage of Church and state (Estep, 1996, 257; Finger, 2004, 15-19).  Ganiel (2008, 4-5, 10, 23-24) argues that within Northern Irish Protestantism, 500 years later, there are, on one hand, people who are Calvinist in theology and believe there should be a privileged place for the Reformed Christian faith as a ‘sacred canopy’ over the state. On the other hand, there are people from the Anabaptist tradition, who believe in a separation of Church and State, religious pluralism and non-violence.  These theologies are not necessarily displayed by Church denomination, but are clearly seen in para-church organisations such as the Grand Orange Lodge of Ireland (The Orange Order), Corrymeela and The Centre for Contemporary Christianity in Ireland (formerly Evangelical Contribution on Northern Ireland).

Brewer terms these two groups ‘conservative’ and ‘ecumenical’, and offers some stinging criticisms of their respective approaches (2013, 27 passim).  He argues that the ecumenicals have failed to break-out of the ‘laager of ecumenically minded Christians’ and effectively ‘take-on’ conservative and fundamentalist theology in neighbourhoods where social conditions spurred Loyalism, and in the public square where conservative evangelicals often ‘used rhetoric in politics to seize the moment and the media’. Serious challenges to sectarianism have been left to individuals, small groups and para-church organisations.  This raises serious questions about Church leadership. Church leaders have acted more like managers and committee chairs instead of prophetic Christian leaders (Brewer, 2013, 87-89, 106-201).  Most tragically, ‘the Church in Northern Ireland has failed to present a theology of reconciliation and peacebuilding as a normal part of what it means to be a Christian’ (Brewer, 2013, 173).

On auditing the Protestant Churches in Northern Ireland against an eschatological understanding of koinonia and the teachings of Jesus in the Sermon on the Mount, the following conclusions can be drawn.  Firstly, the lack of dialogue between Northern Irish Protestant churches, evidences a failure to appreciate the eschatological necessity of striving to be ‘one’.  Secondly, Protestants in the Anabaptist stream have displayed the Beatitudes of poverty of spirit, meekness and mercy.  These have been less visible in ‘Magisterial’ Protestants, who for their part have tended to focus on defending the reformed faith and the Union with Great Britain.  However, the ‘Anabaptists’ have failed throughout the conflict and in the subsequent 22 years to advance their theological project within the Northern Irish Church.  Thirdly, those elements of Protestantism in Northern Ireland which have sought to give innovative responses which break the cycle of division, appear to have been restricted to individuals and groups within the Anabaptist stream.

It can be argued that Northern Irish Protestantism has contributed to the failure of the Church to place before the people of Northern Ireland a clear theology and prophetic message on behalf of the kingdom of God, a kingdom whose purpose is koinonia (fellowship) and reconciliation.  Hutchinson summarises the scale of this failure when he quotes the founder of Corrymeela: ‘if Christians cannot speak the language of reconciliation, we have nothing to say’ (Hutchinson, 2019, xv-xvi).  Church silence on the topic of reconciliation is not a neutral stance, it reinforces community division (McMaster, 1994, 8).

It is time for structured dialogue between ‘Calvinist’ and ‘Anabaptist’ Protestants in Northern Ireland, in pursuit of an agreed theology and message of forgiveness and reconciliation for the people of Northern Ireland.

Kinghorn, K. (2002) John Wesley on the Sermon on the Mount: The Standard Sermons in Modern English, Volume 2.  Nashville: Abingdon Press.