The Groaning of Creation (Romans 8:18) and Contemporary Christian Attitudes to Climate Change 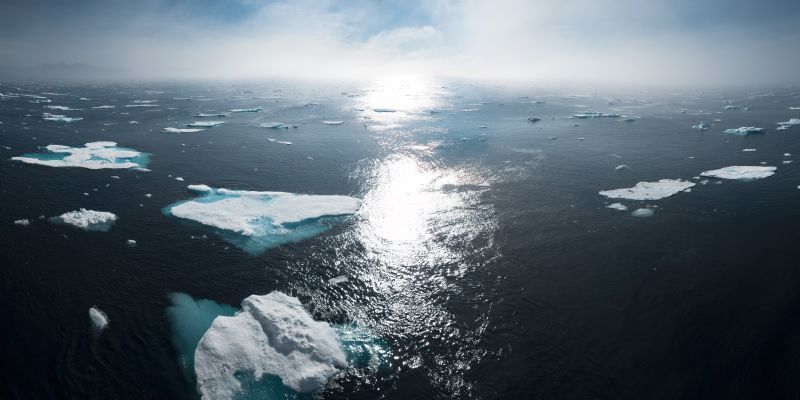 ‘Climate change’ is a modern problem which is not addressed specifically in the Bible. However, the doctrine of creation was central to the biblical authors’ understanding of the world and consequently Scripture is peppered with relevant references that can guide modern Christian attitudes to the environment. Some Christians hold that the Earth is only a temporary home which will ultimately be destroyed but such a stance can make believers ‘careless stewards’ (Orr, 2005, 291) of creation. A contrary eco-theological perspective has emerged which much more directly supports the environmental agenda (Deane-Drummond, 2017, 2) and a growing body of believers is challenging the wider church to be proactive on this issue. Many biblical passages lay out the evidence indicating critical dependence between all types of earthly life and God. (Bauckham, 2010, 1-2). In my dissertation I explore the topic of climate change through the lens of Genesis 1:26- 30 and Romans 8:19-23 but for the purposes of this paper I will narrow my focus to Romans 8.

In Romans 8:18-23 Paul reveals the consequences of the relationships developed between God, humankind and all creation in the current age but also in the future. He alludes to several important concepts relevant to creation (Bullmore, 1998, 159- 162). First, non-human creation was ‘frustrated’ as a result of the sin of humankind. The consequences that followed have had implications for all creation preventing it from achieving God’s original plan for it. Paul explains that this ‘futility’ condition is temporary, as in the future both believers and the non-human creation will be set free together thus renewing creation’s ability to fulfil its original purpose. Second, just as humankind and the non-human creation were subjected to ‘decay’ after the fall they also share a common fate of redemption. The ‘sin story’ of Adam contrasts with the ‘grace story’ of Christ. Paul points to the negative ‘subjection of creation to futility’ mainly to highlight the hope of redemption. As a result, humankind now can act THE GROANING OF CREATION selflessly rather than anthropocentrically towards creation thus recapturing the initial vision of Genesis 1 enabled by God’s grace (Byrne, 2000, 193-203). Third, the theme of liberty plays a central role in the passage (Dunn 1988, 471-472; Longenecker 2016, 725). Paul’s liberty language contrasts the futility of creation resulting in a ‘bondage to decay’ with the freedom awaiting creation at the ‘revelation of the children of God’. The Roman Emperor would have claimed total authority over the people, encouraging his subjects to worship him as a god. In contrast Paul makes the point that all creation is under God’s authority with true freedom coming only through Christ.

THE ‘GROANING OF CREATION’

When Paul describes the ‘groaning of creation’ (Rom. 8:18) he is explaining the discomfort that the world is experiencing in the current time whilst yearning for its redeemed future together with believers (Byrne, 2000, 197). This birthing metaphor is in part used to signify the suffering that must be endured in this imperfect world. Hitherto, most commentators have viewed the ‘groaning’ largely as creation’s negative and merely passive response to its futile predicament. However, I propose that this metaphor has a much more active and positive meaning. It suggests active participation of the non-human creation in the ultimate ‘new birth’ of the children of God in the same way a mother actively uses the pain of labour to help deliver her baby, guiding her to strain and push at the appropriate time (Callister et al, 2004). Even though the pain may come spasmodically, the ‘groaning’ of labour indicates a process that, once commenced, is unstoppable. Hence the movement of creation towards restoration is actioned by God, unstoppable by humankind but still today requiring creation’s active participation. ‘Groaning’ is the positive deliberate means of working towards the better future rather than a simple passive response to pain. This alternative understanding supports the Christian ecological perspective that creation and humankind are not simply passive bystanders to their own destiny, but rather have a God-given responsibility to work towards a restored world. Whilst acknowledging that it is God who ultimately redeems believers and the rest of creation, Romans 8 (and Genesis 1) add that humans must be active representatives of God in the current context, working with God under his authority to develop, restore and improve the created world. To take an example of a Christian forester, the development of a healthy forest ecosystem would be consistent with God’s plan. On the other hand, deliberately destroying a large section of the Amazon rain forest for simple financial gain would seem inconsistent with responsible Christian stewardship given the likely consequences for climate change (Bergstrom, 2014, 12-18).

There are some practical ways in which the Church and believers can consider responding to the current environmental context in the light of this Biblical teaching. • Conradie (2008) has suggested that believers first need to confess their sins to God. Now that the science behind climate change is clearer, believers must acknowledge their shortcomings in this area. • Prayers of intercession should be offered for those affected directly or indirectly by global warming and for those in decision making positions who can influence the political and technical changes required to ameliorate the issue (Hope in God’s Future, 2011, 26). • Churches should seek to implement measures to significantly reduce the carbon footprint of their institutions at least in line with internationally agreed targets. • The Church should use its influence at national and regional levels to lobby politicians and community leaders to adopt coherent and comprehensive strategies to respond to climate change. I concur with the current Archbishop of Canterbury who asserts that ’Reducing the causes of climate change is essential to the life of faith. It is a way to love our neighbour and to steward the gift of creation’ (Welby, 2017). The challenge for the corporate church of today and for individual believers is to work to make these words a reality.

Welby, J. (2017) Our Moral Opportunity on Climate Change. Available at: https://www.archbishopofcanterbury.org/ourmoral-opportunity-climate-change (Accessed on 29th May 2020)