Serving God in a Foreign Land 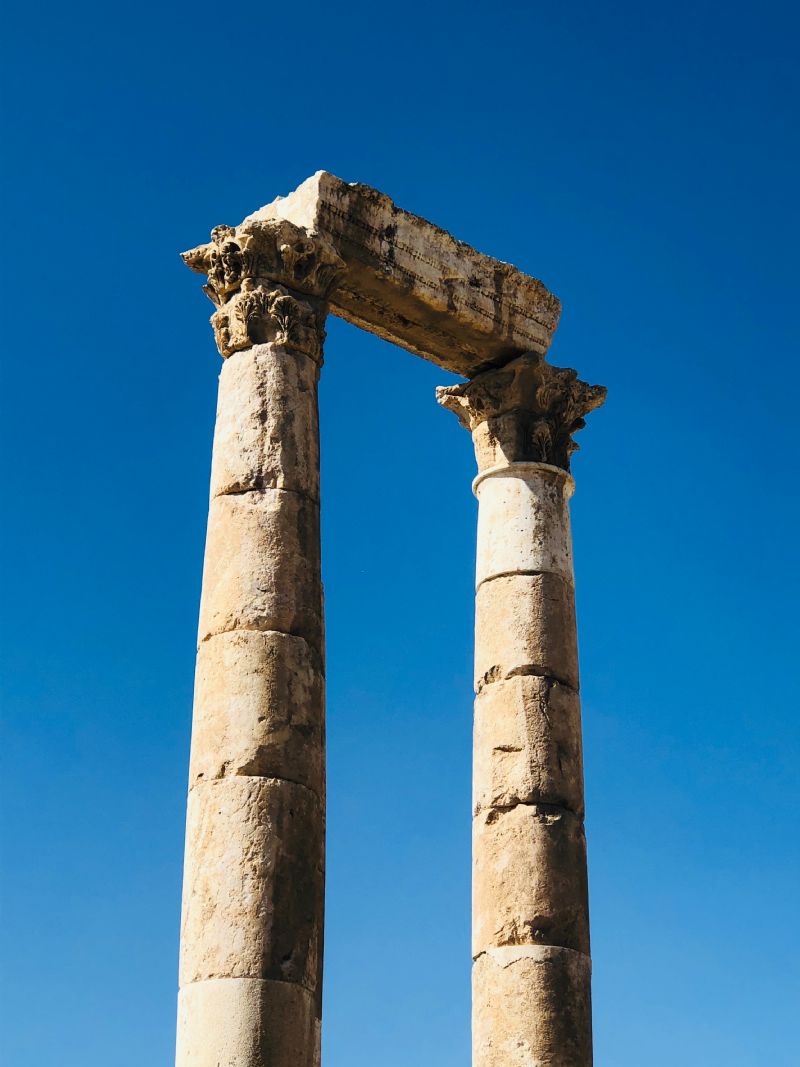 Daniel's Faithful Improvisation in the Court of the Babylonian King

In his famous list of the OT heroes of faith, the author of the Epistle to the Hebrews makes the following claim:

‘All of these died in faith without having received the promises, but from a distance they saw and greeted them. They confessed that they were strangers and foreigners on the earth, for people who speak in this way make it clear that they are seeking a homeland. If they had been thinking of the land that they had left behind, they would have had opportunity to return. But as it is, they desire a better country, that is, a heavenly one. Therefore God is not ashamed to be called their God; indeed, he has prepared a city for them’ (Heb. 11:13-16).

The writer of Hebrews makes it clear that his words apply not just to Enoch, Abraham or Joseph, but to believers throughout all generations. The Christian life is a life in a foreign land, a life illuminated by the hope of what is to come.

How to live faithfully for God in this foreign land? One of the most intriguing attempts to address this question comes from the book of Daniel. The first half of the book narrates the experiences of Daniel and his friends in the service of the Babylonian king and some of the challenges they faced. The Babylonian royal court was a hostile environment where the four young believers had to figure out how to survive and do their jobs well without betraying their faith or losing their identity. In this article I will look more closely at the story in chapter 1, as it illustrates particularly well some of the complexities involved in seeking to serve God in such circumstances.

The chapter begins with a reference to the most traumatic event in Judean history, the Babylonian exile (Dan. 1:1-2), and more specifically the plunder of the vessels of the house of God (cf. 2 Kgs 24:13 25:13-17). Ancient warfare often involved the capture of the images of the gods worshipped by the conquered people, a visual reminder of the victors’ claim that their own gods were supremely powerful. Since there were no images of the Lord in the Jerusalem temple, the transportation of the holy vessels conveyed the Babylonian claim of supremacy (cf. Dan. 5:2-4). Of course, Daniel had a different understanding. The Lord was not defeated by the Babylonian god Marduk but actively let King Jehoiakim of Judah fall into Nebuchadnezzar’s hands as a judgement for his sins. Yet, this act of divine judgement had personal implications for Daniel. He may have been innocent, but he suffered the consequences of God’s punishment alongside the rest of the nation. Torn away from his home at a young age, Daniel was doomed, we might even say destined, to spend his life as an exile in Babylon.

There he had to learn the ‘literature and language of the Chaldeans’ (Dan. 1:4). The Chaldeans were Aramaic speaking tribes living in the southern parts of Mesopotamia from the tenth century BC onwards from whom Nebuchadnezzar’s family came. In the OT the term applies more generally to people living in Babylonia. In the book of Daniel ‘Chaldeans’ can also refer to a group of religious experts (cf. Dan. 2:2). The language in question, therefore, is not Aramean (the language spoken by the Chaldean tribes) but Akkadian (the traditional language of Mesopotamia) and the literature consisted of numerous texts produced by Mesopotamian sages for various religious purposes. These included prayers to the gods, incantations, interpretations of omens, rites of exorcism and protection. The training of the Jewish youths preparing for service in the Babylonian royal court included elements that would have been highly problematic from a Jewish religious perspective.

The same is true of the forced change of their names (Dan. 1:7). In the ancient world names often expressed one’s devotion to the God a person worshipped. Daniel and Mishael contain the Hebrew word ‘el’ which means God, while Hananiah and Azariah contain the syllable ‘iah’  which is a shortened form of the name of God in the Old Testament ‘Yah’ (from ‘Yahweh’, less correctly in older versions Jehovah), usually translated in English Bibles as ‘Lord’. Thus all four names indicate their loyalty to the God of Israel. The new names they receive contain references to Babylonian deities. The meaning of Shadrach and Meshach is uncertain. Belteshazzar alludes to the Babylonian god Bel/Marduk (cf. Dan. 4:8), whilst Abednego reflects in a slightly altered form the phrase ‘a servant of [the god] Nabu’ (both of these gods are mentioned in Isa. 46:1). Names... how o draw names?

The first time the young Jewish believers have the opportunity to act of their own accord rather than being the objects of other people’s actions comes when their diet is decided (Dan. 1:8-16). ‘Daniel resolved that he would not defile himself with the royal rations of food and wine’. It is not clear why eating the royal food is considered defilement. One possibility is that Daniel was worried that the food might have been dedicated to idols, but the vegetables he accepts instead could also have been part of idol worship. His concern not to be defiled suggests that the food is considered unclean in some sense, although there are no specific laws in the Pentateuch that class royal food and wine as unclean. Most likely, the defilement stems from accepting royal hospitality and thus showing a willingness to be fully assimilated into Babylonian culture. By opting for a distinctive diet Daniel, Hananiah, Mishael, and Azariah signal their determination to preserve their Jewish identity. It is no coincidence that the text here still uses their Hebrew names.

Daniel’s decision to draw a line in the sand when it comes to food does not provide contemporary believers with a clear rule what to do in similar situations. When under pressure to compromise its values, the Church needs to make its own decisions where to take a stand. Such decisions can be complex and difficult. Daniel and his friends bore Babylonian names, studied pagan Babylonian literature and worked alongside Babylonian magicians in the service of a Babylonian king, but maintained their identity via a distinctive diet. Some of their Jewish compatriots may have disagreed with those choices. From the outside Daniel and his friends may have looked like collaborators who went too far in their willingness to compromise with Babylonian culture and society. Yet, in their specific circumstances the young Jewish exiles had to practice what modern missiologists call ‘faithful improvisation’ in working out what their commitment to God should look like in this new and strange foreign land.

The narrative suggests that God approves their course of action. The test they propose to the palace master is based on their faith that God is with them and will intervene is a very specific way to help them (Dan. 1:12-16). Contrary to normal expectations, after a ten day diet of vegetables and water Daniel and his friends look ‘better and fatter’ (note that here fatness is seen as equivalent to being healthy). God has intervened behind the scenes and his intervention indicates implicit divine support for Daniel’s ‘faithful improvisation’.

The climax of the story provides a second hint that God approves of Daniel’s course of action. At the end of their time of study, the four young Jews sit a final exam set by the king himself (Dan. 1:17-20). All students come before Nebuchadnezzar and are questioned by him but ‘no one was found to compare with Daniel, Hananiah, Mishael, and Azariah’. They prove to be ‘ten times better than all the magicians and enchanters in his whole kingdom’. The hyperbole conveys how impressive their performance was, but the source of their success was God himself who gave the young exiles ‘knowledge and skill in every aspect of literature and wisdom’. The divine gift of wisdom does not suggest that their human efforts were unimportant. God blessed their efforts with success because of their willingness to remain faithful to him whilst seeking to serve in the administration of the empire that had conquered and humiliated their nation.

Daniel’s story gives us neither rules nor guidelines. We cannot easily imitate the decisions of the four young believers, forced to serve a pagan emperor, to study the literature of the Mesopotamian diviners and to bear names honouring foreign gods, who resolved to show their commitment to God by the food they ate. Instead, the opening narrative of the book is a paradigm of ‘faithful improvisation’ that offers a challenge and a promise. The challenge is to get involved with the foreign culture where God has placed us and to figure out how to be faithful to God in our own circumstances. The promise is that as we do this God is going to be with us, helping, guiding, and perhaps correcting. 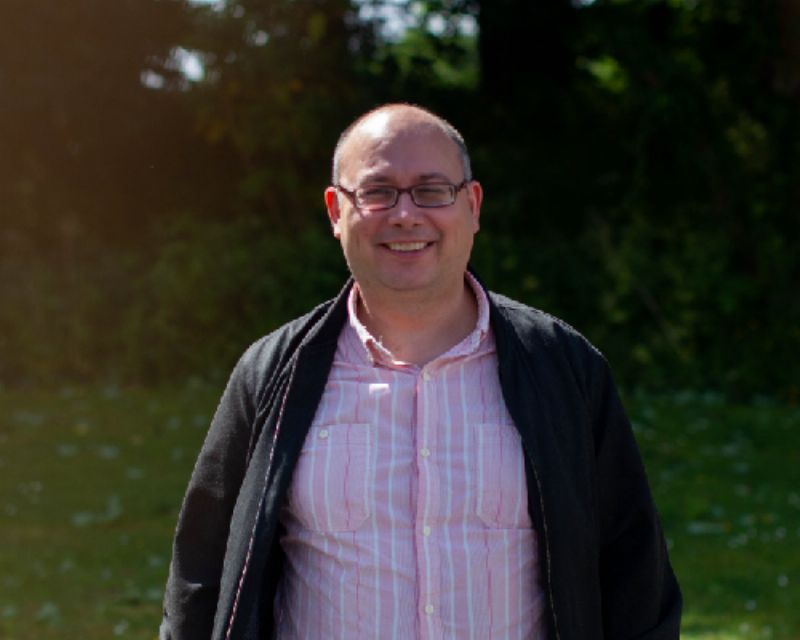