Restoring the Fortunes of the Nations 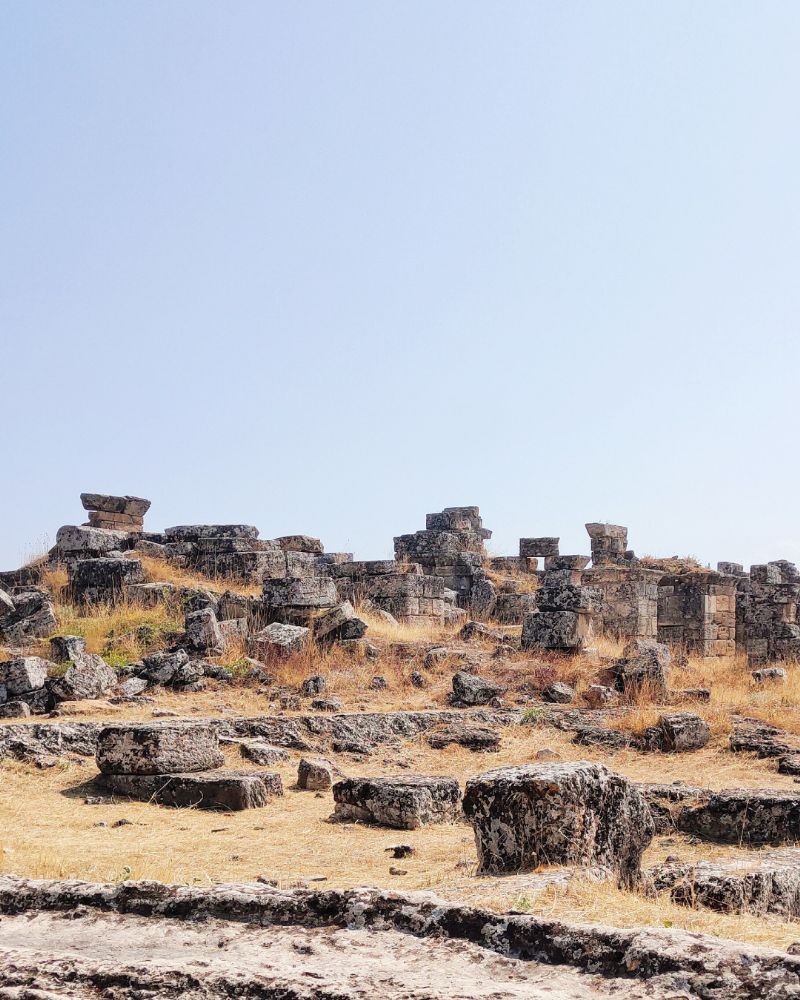 The Oracles Against the Nations (OAN) located in the prophetic books of the Old Testament make for difficult reading.  They foretell the downfall of Israel’s neighbours using an array of violent imagery.  The pronounced judgments often seem predetermined and indiscriminate in their reach.  It has been alleged that this literary form emanates from a spirit of vindictiveness on account of past wrongs committed against Israel.  In the present day these texts could be used to characterise God as essentially punitive in nature or to justify xenophobic attitudes towards those we consider our enemies.

Given these issues how can we read these texts fruitfully in the twenty-first century?

This article will suggest that the ethical challenge presented by the OAN is tempered by a range of surprising texts which envisage a more positive future for the nations.  To illustrate this point it will concentrate on the flashes of hope which illuminate the block of OAN found in the concluding chapters of Jeremiah (46-51).

The book of Jeremiah contains a series of prophetic oracles which were addressed to the generation who lived prior to the destruction of Jerusalem at the hands of the Babylonians in 586 BC.  It records Jeremiah’s passionate pleas for the nation to repent and accept divine discipline.  His message is rejected and as the book develops it becomes clear that divine judgment upon Judah is inevitable.  Jeremiah reveals that the coming experience of invasion and exile will be deeply traumatic and yet in the second half of the book he is able to offer hope of restoration beyond judgment (30-33).  Despite their rebelliousness, God will not forsake his people.

Nonetheless, Jeremiah’s prophetic ministry is not entirely occupied with the fortunes of Judah.  He is commissioned by Yahweh as a prophet to the nations and is set over kingdoms ‘to destroy and to overthrow, to build and to plant’ (1:5-10).  Subsequently, even as Jeremiah reveals the calamity that will befall the nations by the hand of Nebuchadnezzar (27:6, 43:10), there are recurrent hints that the eventual restoration of Judah will involve a renewed relationship with the nations (3:17; 12:14-16; 16:19).

This perspective is also evident within the OAN.  In our Bibles the OAN come right at the end of Jeremiah (46-51).  This placement differs from the ancient Greek translation of the Old Testament where they follow 25:1-13, an oracle which predicts the rise and fall of Babylon.  The location of the OAN in modern translations, following the Masoretic Text, seems designed to heighten the connection between the fate of Judah and that of the surrounding nations.  In this scheme the nine oracles concerning other nations are sandwiched between two accounts of the fall of Jerusalem in chapters 39 and 52.  Thus, in spite of the gloomy outcome of the book, the OAN would have offered assurance to the exilic readers that their oppressors and the nations who took advantage of their vulnerable situation following the Babylonian invasion would also be held to account for their misdeeds.

These oracles offer a poetic description of the devastating judgment awaiting each of these nations.  Often military language is employed to describe the terror that will experienced at the onset of an enemy attack.  The reader is thrust into the panicked sights and sounds of battle.  There are frequent calls to raise the alarm and flee since those charged with defending the strongholds will prove impotent in the face of battle.  Frequently, in the aftermath of an enemy incursion the land will be devastated to such an extent that it will preclude resettlement.

The crimes committed by these nations are not narrated in detail.  Sometimes specific offenses are mentioned (49:1; 50:28) but more often the nations are simply condemned for their arrogance (48:26; 49:16).  By far the most detailed oracle concerns Babylon, Judah’s chief oppressor in Jeremiah’s day.  Although Babylon was God’s instrument in disciplining Judah, she too would suffer a violent end.  Despite the fact that Jeremiah sends a scroll off to be read aloud in Babylon (51:59-64), there is no indication that the purpose of this ritual was to provide the Babylonians with an opportunity to repent.  The OAN appear to have been spoken for the benefit of the people of Judah.

Scholars have posited a number of possible settings in life of ancient Israel to explain the emergence of the OAN within the prophetic corpus.  These oracles have often been connected with warfare or Israel’s cult (cf. Numbers 22-24).  Prophets may have had a role in calling down imprecations against their enemies as a means of petitioning God for the salvation of Israel.  It is also possible that this genre was influenced by ancient treaties which included sanctions for reneging on covenantal obligations.  In this case such oracles would affirm God’s commitment to carry out the disastrous consequences which the offending party had brought upon themselves.

While it is difficult to ascertain whether such circumstances had any bearing on Jeremiah’s prophetic utterances, these proposals help to locate the OAN within the strained relationships between Israel and her neighbours.  As much as the book of Jeremiah provides a record of the past failings of Judah and the heavy penalty the people endured, the OAN are a reminder that the crimes of other nations will not escape God’s attention.

Nevertheless, it is also apparent that the nations are not treated more severely than Judah.  In this respect it is notable how much of the language that Jeremiah uses to describe the fate of Judah is redeployed in the context of the OAN.  There are recurrent references to terror, captivity, cities being laid waste and the land becoming desolate and a horror to those who pass by.  As well as suggesting that much of this language is stylized, the frequency with which these terms recur creates a correspondence between the way God deals with his own people and the nations at large.

This aspect of the text may be taken further.  As has already been noted, the OAN anticipate a number of dramatic reversals for the enemies of Judah.  In the oracle concerning Egypt, there is the prospect that ‘Egypt shall be inhabited as in the days of old’ (46:26) even though in the short-term it will suffer defeat at the hands of Nebuchadnezzar.  With the nations of Moab, Ammon and Elam, the message of coming judgment is concluded with a divine promise ‘to restore their fortunes’ at a future time (48:47; 49:6, 39).  Although it is unclear exactly how these promises were to be fulfilled, it is striking that we should find such divine concern for the wellbeing of the nations in the midst of judgment.

Once again it is remarkable to observe that Jeremiah has already used such language with respect to the restoration of Judah following their period of exile.  The phrase ‘I shall restore the fortunes…’ is used on eight other occasions in Jeremiah, always with God as the subject and Judah as the recipient of the promise (29:14; 30:3, 18; 31:23; 32:44; 33:7, 11, 26).  The Hebrew phrase repeats the same verbal root, literally ‘turn back the turning,’ which is an idiomatic way of describing a restoration of fortunes (cf. Deut 33:3; Job 42:10).  When referring to Judah, the reversal will involve the repossession of their land, the removal of the foreign oppression, an abundance of flocks and the return of joy to the streets of Jerusalem (cf. Amos 9:14-15; Zephaniah 3:20).

The similarity between the language used to describe the fate of Judah and other nations should caution us against the assumption that the OAN were simply a way of offering comfort to Judah by signalling their future deliverance from would-be oppressors. To be sure, if exilic readers of the book were tempted to read the text in this way, the promise of restoration in the case of four of these nations would subvert their assumption that God’s will would finally be achieved when all their enemies were destroyed.  Indeed, God mourns over the punishment that Moab will have to endure (48:31, 36).  In the oracle against Edom, he shows concern for the fate of the orphans and widows (49:11) and even with Babylon, Judah’s most inveterate enemy, an attempt is made to heal her wounds (51:8-9).

This is far from a complete answer to the difficulties which are raised by the OAN in Jeremiah.  It remains unclear why there is a promise of restoration for some but not all of these nations.  Nevertheless, these tantalizing glimpses of God’s future intentions preserve a sense of mystery within the text and Jeremiah’s oracles must be read alongside similar prophetic announcements such as that found in Isaiah 19 which paints the extraordinary picture of Egypt and Assyria worshipping together and being held in the same regard as Israel (Is 19:21-25).  The blurring of boundaries between Judah and these neighbouring lands speaks of the generosity of God and how his purposes for the world are not distinct from his desire to bless his own people.

In our own context, where questions about borders promise to take centre stage in our political discourse for years to come, this aspect of the OAN should perhaps cause us to dwell on the fact that God’s plans to restore the nations often cut across the artificial boundaries we create.