Jesus in The Lord of the Rings 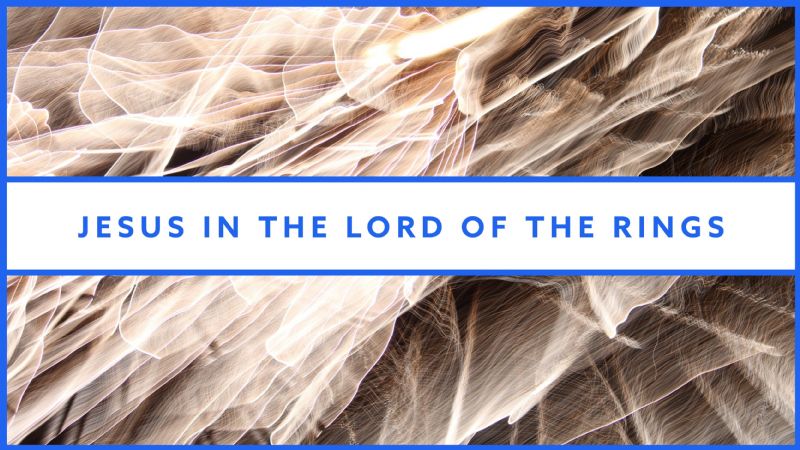 Jesus as the prophet can be seen in the character of Gandalf. Gandalf paints an applicable picture of both the biblical prophet and of Jesus the ultimate prophet. The wizard’s death, resurrection and transfiguration all point to Christ. Like Jesus, Gandalf comes with a message which calls others to respond, to live in hope for truth and goodness. Gandalf is seen as a fulfilment of a work that only he could bring to completion, echoing the unique role of Christ as the ultimate prophet.

Jesus as the priest can be observed in the character of Frodo Baggins. Frodo paints an applicable picture of both the High Priests of old and of Jesus Christ the Great High Priest. Frodo, like Christ and the ancient Priesthood, is called to cleanse the people from sin through sacrifice. Frodo, as Jesus, brings completion to this task by being both the priest and sacrificial animal that faces death and wrath for the sake of others. The story of Frodo inspires others to live in a new community as the story of the Great High Priest calls others to live and share in a new way, in a world ever changed by his priestly mission to the cross.

Jesus as the king can be recognised in the character of Aragorn. Aragorn displays the picture of a long awaited and prophesied king who would come to restore the monarchy, unite a fractured kingdom and lead a downtrodden people. Through a deep-seated knowledge of who they are, both Christ and the ranger from the north show gentleness and strength in bringing healing and battling evil. Aragorn represents Jesus as both the Christ who came to reveal the kingdom of God during his earthly ministry as well as the conquering king who will one day return to bring completion to that kingdom. Aragorn’s Christ symbol highlights the combination of the royal, priestly and prophetic in the mission of God.

Sam is often overlooked yet in him is a picture of Christ the Servant. Sam’s role in The Lord of the Rings is often unglamorous but is of central importance. Sam is the unlikely hero who, with power from within, overcomes and in doing so puts the needs of others before his own in devotional service. Sam symbolises both the servant heart of Christ and the nature of a Christian disciple who like their master would seek to serve and not be served.

Tolkien’s religious beliefs inspired him and shaped his storytelling. By seeing the prophetic in Gandalf, the priestly in Frodo, the royal in Aragorn, the serving in Sam those who visit Middle Earth may be inspired also. This inspiration leading to appreciation of Jesus who is at the centre of the gospel, the greatest story ever told; the priestly prophet king who served this broken world by living, dying and rising from the dead. This Christ who upon his coming again will give glorious meaning to the words: Return of the King.

Edward is a local Minister in Belfast. He recently completed an MTh where his dissertation; Jesus in The Lord of the Rings won the John Hope Prize for Practical Theology. This article was written by Edward as part of his evening class, God's Story: An Awakening of our imagination.