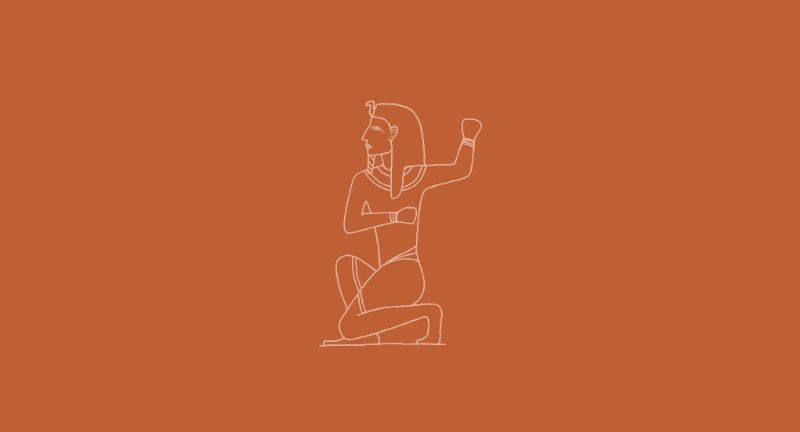 A God who sends plagues and hardens hearts?1

Arguably the greatest act of salvation in the Old Testament is the exodus from Egypt, recounted in the first fifteen chapters of the book of Exodus. However, the means by which God brings about this deliverance seem deeply problematic. Not only does he inflict violence upon a whole nation (ten increasingly destructive plagues), but he also hardens the heart of Pharaoh, seemingly preventing him from releasing Israel which would end the violence. How can we understand this portrayal of God? Why does he act this way and not another?

First, we need to acknowledge that stopping this violence as quickly as possible is not God’s main purpose. During the whole of the encounters with Pharaoh, Israel are still presumably labouring in the brick pits. Indeed, Israel fade into the background for much of Exodus 5-11, where the focus is on the encounters between three figures: God, Pharaoh and Moses. By examining these encounters and the explanations within them, we can gain a greater understanding of why God acts as he does. We will look at one explanation to Pharaoh in particular (9:13-19). Then we will look at the hardening as a separate explanation to Moses. The fact that these explanations are given to different people is crucial in helping us as readers to understand this narrative.

Exodus 9:13-19 is the beginning of the seventh plague (hail). This plague starts, as do most of them, with a message from God to Pharaoh. Pharaoh is commanded to ‘let my people go so that they may serve me’ (9:13). This demand has been made from the beginning (5:1-5) and Pharaoh’ initial response was that he does not ‘know’ (or acknowledge) the LORD, god of the Hebrews (5:2). Why should he acknowledge a god of a group of slaves when Egypt had thousands of gods and he is semi-divine himself?

As Pharaoh continually refuses to respond to God, the signs/plagues get increasingly more powerful. They are structured in a 3x3+1 pattern, with three triads of increasingly violent plagues before the final terrible plague on the firstborn:

The first triad are comparatively minor and can be copied by the Egyptian wise men. Their admission that they cannot copy the third plague (8:19 [15]) leads to the next triad of plagues which are described as heavy with lasting damage (8:24 [20]; 9:3). Our explanation in 9:13-18 comes at the beginning of the final triad of uniquely destructive plagues (9:24; 10:6). God tells Pharaoh that because he has not listened he will now receive the full power of God’s plagues – signs that he

cannot ignore (9:14). Then God does something unusual. Normally in the Bible, we do not get to hear what ‘would have happened’ (to use Aslan’s phrase). Here, however, God tells Pharaoh of an alternative approach that he could have used (9:15). He could have sent just one plague upon Egypt – a plague of pestilence that would have wiped them from the face of the earth, presumably exempting the Israelites as he has done before (8:22 [18]; 9:4). In terms of ending the suffering of Israel quickly, this would have been far more efficient. God has the power and presumably the right to do it. So why didn’t he?

The answer comes in verse 16. He has sustained Pharaoh and Egypt to show them his power and so that his name will be proclaimed throughout the earth. This may seem odd. Wouldn’t wiping out Pharaoh and his people in one plague seem to show God’s power at least as effectively as starting with signs that the Egyptian wise men can copy? However, this verse and the previous plagues show that God and Pharaoh understand power very differently. For Pharaoh, power is about dominating people by whatever brutal means necessary. His fear that Israel is getting too powerful leads to repression (1:9-14). His response to Israel’s request for a break is deliberately to worsen their working conditions (5:4-18). God’s power is different. Although it is far greater than Pharaoh’s power, it is not a power based on brutal dominion.

What Pharaoh is to learn from the plagues is not just that God can send them, but that he removes them completely when asked (8:14-15 [10-11]; 9:29) and that he exempts his people from them (8:22-23 [18-19]; 11:7). Combining this with the fact that God starts with lesser plagues (or signs) and only moves to more destructive plagues shows a God who uses power far more carefully than Pharaoh does. He has sustained Pharaoh and Egypt to show them (and the world) that he is a different master to Pharaoh. This is even clearer for Israel. The exodus is not freedom in the sense of autonomy but rather a change of masters (‘Let my people go so that they may serve me’). Pharaoh’s mastery leads to suffering and death. God’s mastery leads to life in all its fullness (6:6-8).

However, verse 17 shows us that there is a problem. God comments (in seeming exasperation) that Pharaoh hasn’t responded appropriately to the previous signs. He hasn’t acknowledged God’s power as he is still refusing to release God’s people. He hasn’t understood that God was sustaining him, perhaps seeing this as a limitation in God’s power, rather than an explanation of the character of that power. This leads us to verse 18 and the announcement of a hailstorm of a ferocity never before seen. Verses 15-17 are an extended explanation of why this change is taking place. Because Pharaoh has not been convinced by these lesser signs, it seems that the only way to get through to him is to send signs of truly terrifying power.

Nevertheless, to differentiate once again his use of power, God gives Pharaoh and his people a way to avoid the worst of the plague (verse 19). They are warned to bring indoors anything moveable to avoid it being destroyed in the hailstorm. Pharaoh does not listen to God, but some Egyptians do (9:20-21).

What can we learn from 9:13-19 and the explanation to Pharaoh? We learn that God is a responsive God seeking a response from Pharaoh. He does not ignore Pharaoh but wants him to release his people. When Pharaoh refuses to respond correctly, God responds in turn by increasing the plagues, still seeking response. (We can see similar patterns in his relationship with Israel in Amos 4:6-12 and Ezekiel 20.)

The hardening – an explanation to Moses

At this point one may raise an objection. If God is so interested in Pharaoh’s response then how do we understand the repeated comment that God hardened Pharaoh’s heart? Wouldn’t this prevent Pharaoh from responding correctly?

One common way to address the issue of the hardening is to note that Pharaoh starts hardening his heart and that God only starts hardening later on. The first example of this is just before the previous explanation and the start of the truly terrifying plagues (9:12). The argument then goes that God is simply doing to Pharaoh what Pharaoh has already done to himself. There is something in this. The concept of God hardening people elsewhere in the Bible tends to refer to those who are already opposed to his will. The hardening thus reinforces their already stubborn position.

In one sense, Moses and Pharaoh are very similar in that they do not want to do what God is commanding them to do. Before the encounters with Pharaoh, God has an extended encounter with Moses (3:1-4:17). God tells Moses to be his messenger to Israel and Pharaoh. In response, Moses raises four objections to this, finally asking God to send someone else. God patiently works through Moses’ reasons, but Moses is not allowed to refuse. In both cases God is determined that these men will do something that they really don’t want to do (Moses: go to Pharaoh; Pharaoh: release Israel), and is prepared to do whatever is necessary to convince them to do it.

In another sense, however, the two men are very different. Whereas Pharaoh’s refusal is based on his attitude of superiority (5:2), Moses’ refusal is based on his attitude of inferiority (3:11). He is the spokesman for the god of a group of slaves, who is meant to go to the most powerful man in the known world and tell him to do something that he will not want to do. If he had any hopes that Pharaoh would listen, they are dashed by the ‘bricks without straw’ edict and his subsequent rejection by the Israelites (5:21). Yet God tells him to go back to Pharaoh again and again and make the same demand, which Pharaoh keeps refusing. To Moses it must seem that Pharaoh is in charge, and that he is simply playing with Moses (and God). How is Moses expected to keep going back to Pharaoh and keep bringing the same (seemingly ineffectual) message?

This is where the hardening comes in. Before Moses goes to Pharaoh, God warns him that it will not be easy, that Pharaoh will only be swayed by power (3:19). Yet, even though Pharaoh may seem to be in control, and frustrating God’s plans, he isn’t. God is in control. The hardening of the heart is a way to explain to Moses that God is sovereign even over Pharaoh’s stubbornness. Moses may feel that Pharaoh is playing with him, but God reminds him of the greater picture that God is (in one sense) playing with Pharaoh (10:2). Moses simply has to his part (bring God’s message to Pharaoh). How Pharaoh responds is God’s responsibility, not his.

However, this hardening does not remove Pharaoh’s ability to respond. He receives his longest explanation (9:13-19) just after God hardens him for the first time (9:12). If Pharaoh could not respond appropriately, God’s comment in 9:17 is meaningless (compare also 10:1 and 10:3).

The key point is that there are two different types of explanation here, based on the different relationships between God and the two men. The relationship between God and Pharaoh is adversative: ‘do this (release my people) or I will do this (send a more powerful sign).’ The focus is on Pharaoh, his decision and the consequences. In contrast, God’s relationship with Moses is

collaborative: ‘do this (speak to Pharaoh), and I will do this (the sign/Pharaoh’s response). The focus is on God’s sovereignty.

Moving beyond the Exodus story into wider situations of violence, where there often is no easy answer, both explanations have their place for different people. We live with the paradox that people’s choices are supremely important to God (even if they lead to more violence), and yet that God is ultimately sovereign (and that one day violence will end).

1 For more details see Ford, W. A. (2007) God, Pharaoh and Moses: Explaining the Lord’s Actions in the Exodus Plagues Narrative. Milton Keynes: Paternoster.
2 The number in square brackets is the Hebrew, where it differs from the English. 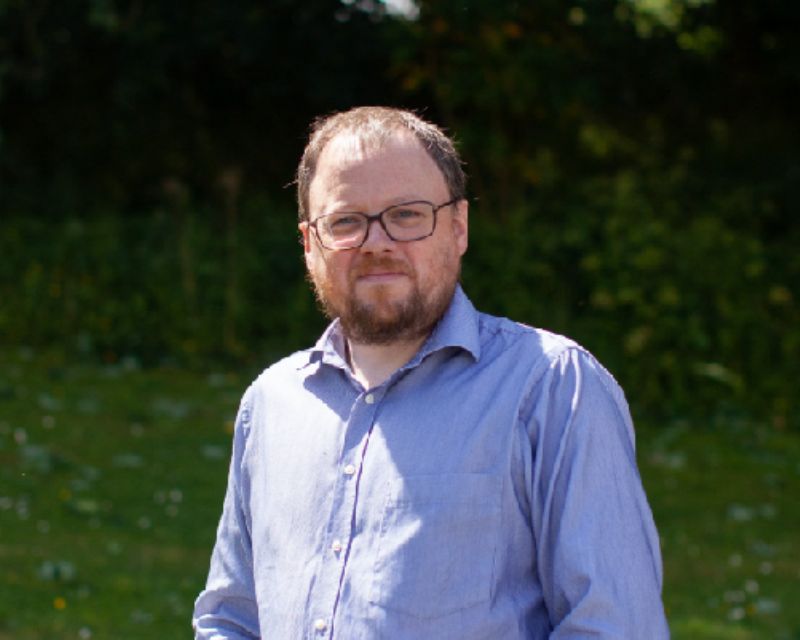