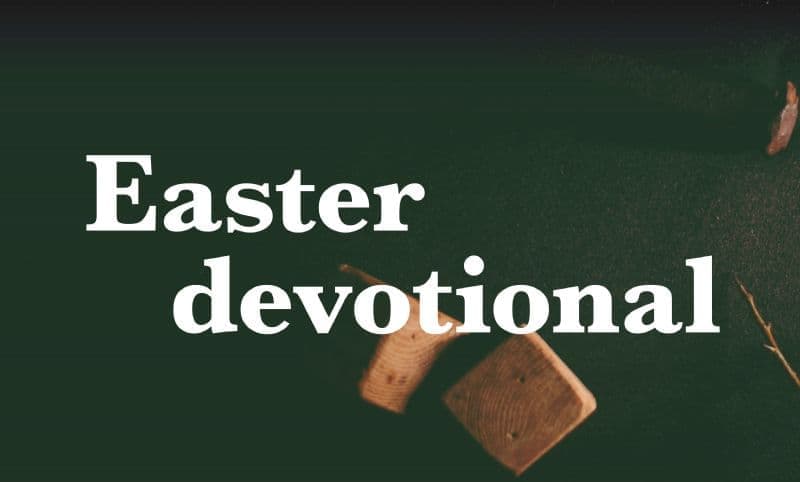 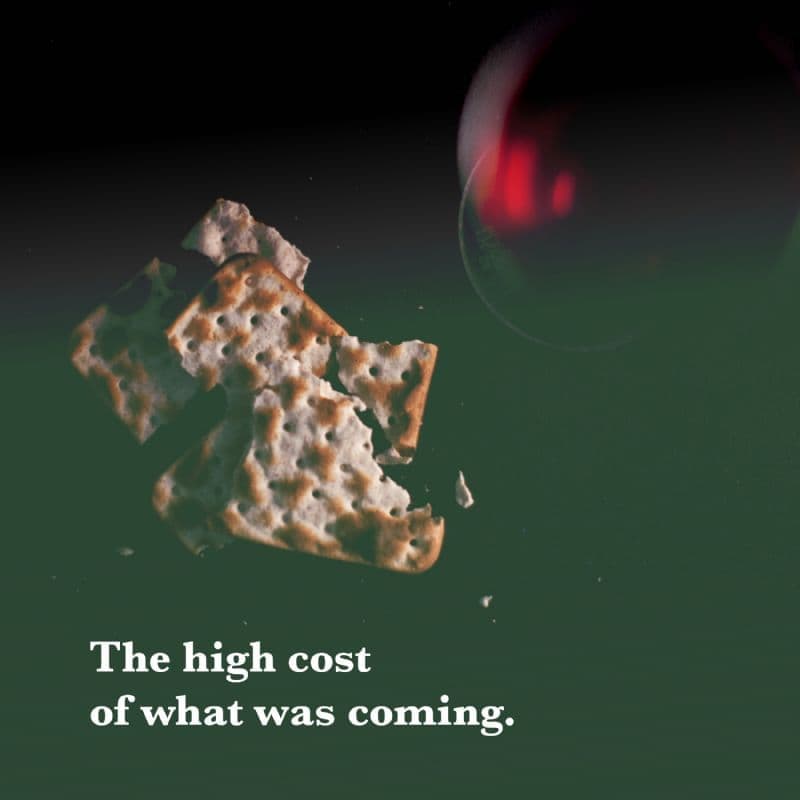 On Thursday evening Jesus goes with his disciples to a place called Gethsemane, just outside Jerusalem, and prays. Earlier that evening he had celebrated the Passover with his disciples using elements of the traditional meal to point ahead to his own impending and violent death. He had also predicted his betrayal by one of his disciples and his desertion by them all. There is much to grapple with – betrayal, desertion, death – a whirlwind of emotions. Jesus has foretold his suffering and death at various points throughout the gospel narrative (8:31; 9:31; 10:33-34; 10:45) but now it is as if its immediacy brings it home with resounding force: betrayal, desertion, death are no longer part of a distant future but are an imminent present. The body revolts; the mind is in turmoil.

But that is not all. The account of Jesus’ distress in Gethsemane and his prayer for deliverance shine a spotlight on Jesus’ relationship with his Father. He pleads for an alternative to the route marked out for him, knowing and appreciating that with his Father ‘all things are possible.’ It is this truth, with God ‘all things are possible,’ that gives the coming events – betrayal, desertion, death – their bite: is there in fact another way?

Father, thank you for Jesus, for his willingness to face the high cost of your plan to rescue people like me. Thank you that he chose to obey and trust. At this Easter season help me to appreciate the cost for Jesus and be grateful. Amen. 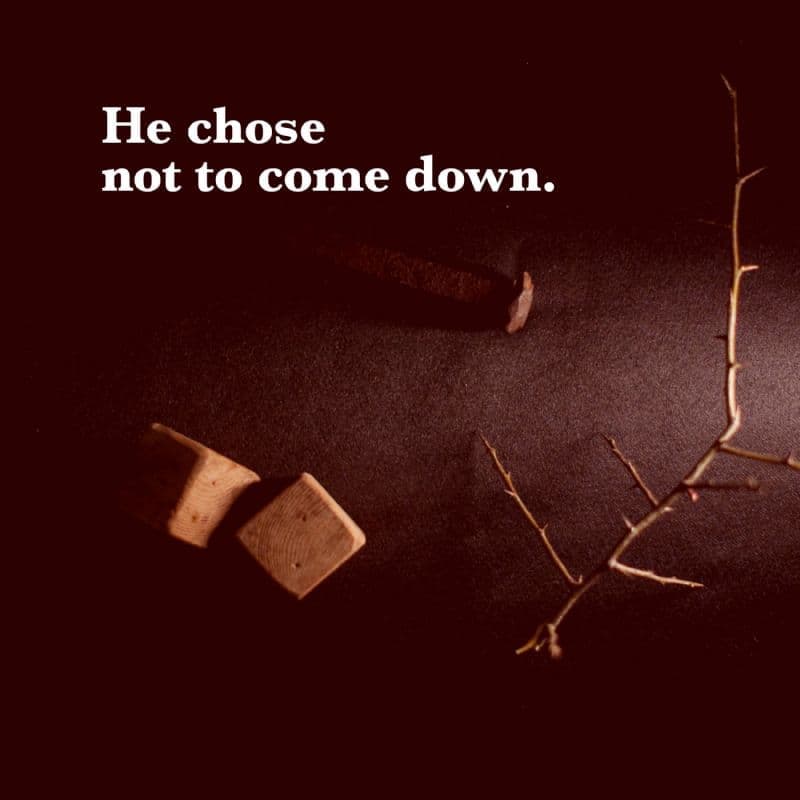 As Jesus hangs on the cross he is alone. One disciple has betrayed him, as he foretold. The others have deserted him, as he foretold. The Roman soldiers who crucified him are dicing for his garments. He is a dead man hanging, waiting for death. As he hangs, he is taunted by the by-passers, by the religious leaders and by those crucified on either side. There is no fellow-feeling; no sympathy; no understanding.

The religious leaders, the chief priests and the scribes, underline his helplessness. This man who restored others to wholeness by his healings, who drove out demons, who raised the dead to life, who saved others, now hangs on a cross, taunted, betrayed, deserted, weak, unable to save himself. “Let the Messiah, the King of Israel, come down from the cross now so that we may see and have faith,” they cry. They have missed the point. They have no understanding.

Father, thank you that Jesus chose to save others rather than himself. Help me to grow in my understanding of the significance and the impact of this truth. May it work its way into my heart, thinking and actions in the coming year. Amen.

Saturday: Handed over to Death: 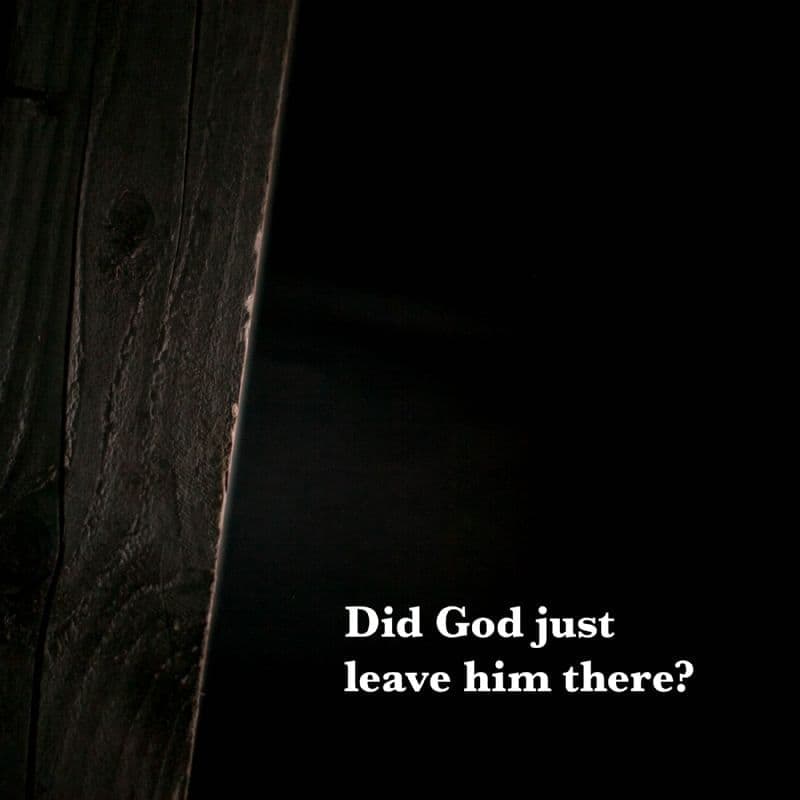 The gospel accounts do not record any events for the Sabbath which fell between what we now know as Good Friday and Easter Sunday. What Jesus’ followers did that day is a matter for speculation …

There were also women looking on from a distance; among them were Mary Magdalene, and Mary the mother of James the younger and of Joses (Mark 15:40) … [they] … saw where the body was laid (15:47).

Jesus is dead. This is the Sabbath of Passover week and I should be celebrating, remembering how God freed our fathers from slavery in Egypt and brought them into a land of their own, remembering things that would give me hope, things that would give me confidence in God’s power to deliver. But how can I celebrate? Jesus is dead. I was there, yes, at a distance, but still, I was there and I saw it happen. I heard that horrendous cry. I saw those men put him in that tomb. No time even to prepare the body, just a quick ‘burial’ - if you could even call it that. No space to mourn. No time to honour him, for he was such a great man and so dear to so many and to me. No time even to grieve.

Those words Jesus cried from our scriptures, from Psalm 22, echo round my mind. Did God really forsake him? How could God do that? Jesus seemed so close to God, just like a son; he even called God ‘Father’ and talked about him like he really knew and understood him. And all those miracles – what were they, if not signs of God working through him? He was God’s man – there is no doubt of that – and God just left him there to die, left him to hang there while those people made fun of him and enjoyed his pain. What good is that? So what if God saved our ancestors in the past! Didn’t Jesus trust God? Didn’t he cry out to God? Where was God then? I didn’t see him saving Jesus or stopping our leaders taunting him. God just left him there to die a horrible death. And not even a decent burial.

I can’t believe it.

Father, this Easter Saturday help me to grasp something of the enormity of Jesus, the lord of life and your eternal son, being put to death. Amen 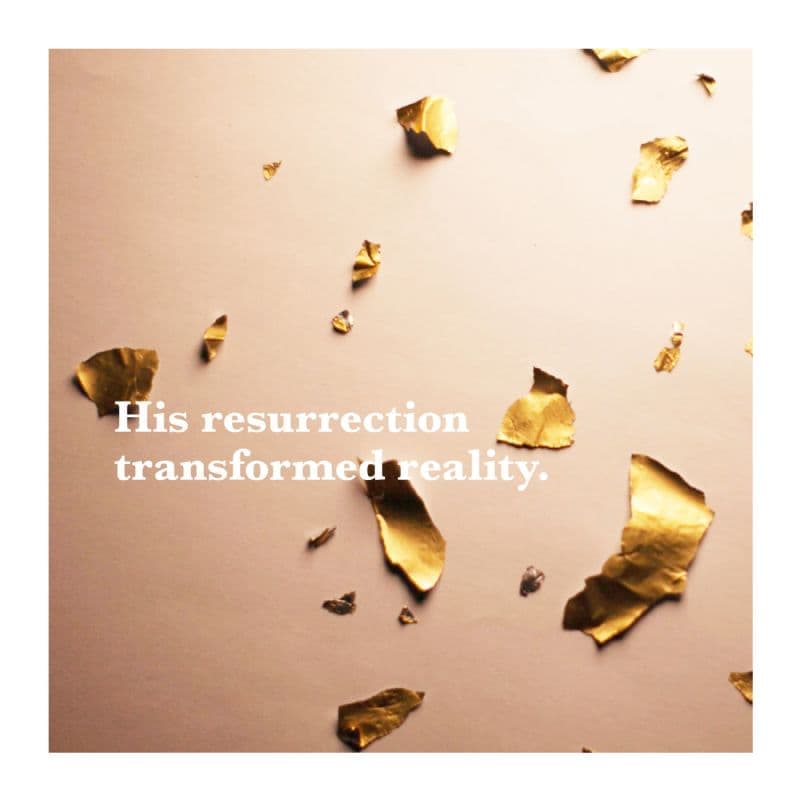 On Sunday morning, when the Jewish Sabbath is over, three of the women who had watched the crucifixion go to anoint Jesus’ body as would have been the custom of the time. The hurried burial on Friday evening had not allowed for the usual ceremonies of preparing the body for burial, anointing it and embalming it. The women now hope to do this, an act of devotion for a loved one and a part of the process of coming to terms with Jesus’ death and of mourning for him.

At the tomb the women do not find a corpse but an angel, an angel with a message: Jesus of Nazareth, who was crucified, has been raised. Jesus is not there. Once again for these women the world rocks on its axis. Within the last three days they have witnessed terrible events – betrayal, desertion, death – which plunged them into deepest sorrow, raised huge questions about their understanding of God and his actions, and pushed for a re-thinking of their experiences with Jesus in the years they had followed him in Galilee. Now the appearance of the angel and his message once again transforms reality, this time from sorrow to joy: ‘Jesus has been raised.’ But this new reality still requires a major re-thinking and raises big questions: Who really is Jesus? What is God doing? One thing is clear: it is not a time for mourning but for rejoicing. Future hope has come. God has bought in his deliverance. Jesus is risen.

The angel has more to say: Jesus wants to meet his disciples, and Peter, in Galilee. For the disciples who deserted him, and for Peter who denied him, there is a clear indication that they are included in the good news of Jesus’ resurrection: they are offered a fresh start in Galilee, where they first began following Jesus. The world has changed: Jesus has been raised; he is looking for disciples.

Father, thank you that you have changed the world through the death and resurrection of your son Jesus. Thank you for all the joyful possibilities that flow from these world-changing events. Make me a faithful follower of your son who chose your will rather than his own. Amen.