Brexit and the Sovereignty of God 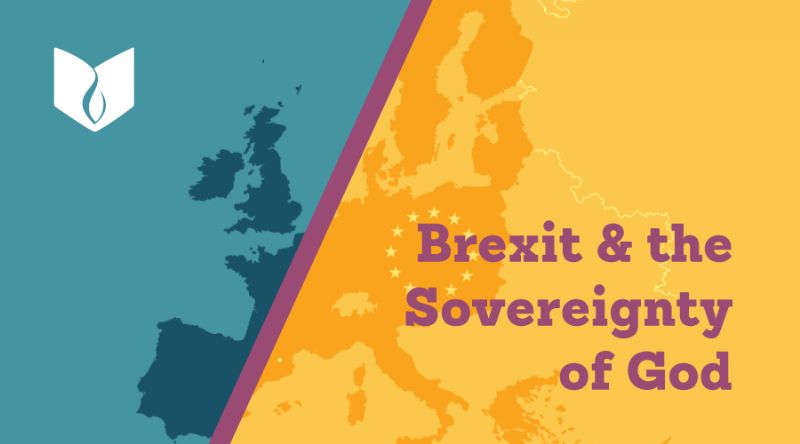 One week on from the momentous vote and a single word captures the mood of the nation: ‘uncertainty’.  Uncertainty about future relationships with Europe, our economic stability and the internal cohesion of the United Kingdom.  How are Christians supposed to respond?  One theologically-loaded word that resonated around the debates before the referendum is ‘sovereignty’.  The brexiteers’ slogan was “Take back control” and some have hailed the result as a demonstration of democracy in action – the people have spoken!

Apart from obvious questions about when we will exit and on what terms, the phrase “the people have spoken” is tricky.  Which people?  What about parts of the UK where clear majorities voted to stay?   What about all those who voted ‘remain’ (including 46.6% in England)?  What about those who didn’t vote at all?  How do we cope with the facts that older people were more likely to vote ‘leave’ while a majority of younger voters were in the ‘remain’ camp, or that working class people more likely to vote for exit and (surprise, surprise) Northern Ireland’s ‘two communities’ differed.  If nothing else, the results demonstrate deep divisions running through UK society. Christians, in my experience, have been no less divided than the wider population.

And then there’s the question of what ‘the people’ actually said?  How much can we read into voting patterns?  The ballot paper didn’t ask for an explanation; two crossed lines says very little.  Yet, there has been no shortage of interpretations, often reflecting judgements based on prejudice.  We can, and must, conclusively say that the reasons behind people’s decisions were complex and varied.  Stereotypes simply won’t do: ‘leavers’ aren’t all ignorant, bigoted, racist xenophobes and ‘remainers’ aren’t all greedy, selfish middle class elitists.  Realities are much more nuanced.  Sadly, however, Christian responses, in my observation, have not necessarily been any more measured or thoughtful than the general tone.

How, then, should Christians respond to this moment of uncertainty?

Claims that God is on one side or other of the debate deserve to be met with the response Joshua received from the commander of the LORD’s army (Joshua 3:13-15).  When asked, “Are you for us, or for our adversaries?”, his response was, “No; but I am the commander of the army of the Lord. Now I have come.”  If this was God’s response to the man He explicitly commissioned and instructed in Chapter 1, how much more is it the word we need to hear?  We may be tempted to interpret our position on Brexit in biblical terms – ‘leave’ as a narrative of liberation from an oppressive elite; ‘remain’ as a vision of love for the stranger – but we must realise that the key question is not whether God is on our side, but whether we are on His.  We must position ourselves, like Joshua, face down in worship asking “What does my lord say to his servant?”  We must pray for God to come and guide our next steps and for the wisdom to join in His work in our moment.

Popular votes, of course, take us outside the experience of Scripture, written in a world of absolute rulers and envisaging, first, the theocratic Israelite nation celebrating God’s liberating Law and, subsequently, countercultural scattered communities of Christian disciples inhabiting a hostile empire.  Democracy certainly complicates what it means to submit to the authorities (Romans 13:1-7) and to be subject to human institutions when compared to a time when Christian responsibility could be summarised in the command to “honour the emperor” (1 Peter 2:13-17).  Now we must elect ‘the emperor’ and some of us may even become ‘the authorities’.  The realities of party politics complicate the situation further – how do we decide who to vote for when a manifesto is almost certain to include some policies we balk at?  We must surely be thoughtful and prayerful, rather than voting instinctively or along traditional lines.  We must recognise, too, our limited understanding and approach the ballot box with a certain degree of fear and trembling.  Democracy challenges us to be more thoughtful and reflective than our pre-democracy forebears had to be.  It also presents great opportunities to influence and make a real difference.

Events like last week’s vote shine a spotlight on a core theological conundrum: the interface between human responsibility and divine sovereignty.  Christian believers know that humans have real responsibility for their decisions – we are accountable to God and answerable to Him.  Yet we also know that God is sovereign, not merely in a theoretical sense, but in the tangible realities of history and His eternal purposes will reach their very good conclusion in His eternal kingdom with His redeemed children enjoying Him forever.  God’s sovereign hand is behind the rise and fall of nations: the fall of the Amorites, the exile of Israel, the annihilations of Sodom and Nineveh are real historic examples of divine judgements on real peoples for their sin.  Yet we must be wary about assuming that we know exactly what God is doing through specific contemporary geopolitical events.  Throughout Bible history God’s people struggled to understand the significance of global power shifts – from the Israelites wavering as they walked out of Egypt, to Habakkuk pondering the rise of the Babylonians, and from Daniel awed by visions of statues and beasts to John observing heaven’s unveiling and the Revelation of Jesus Christ.  We are not given such insights into the meaning of Brexit, but we do know that the same God remains at work and in control.

The intersection of divine sovereignty with human responsibility is a mystery the finest theological minds have struggled to comprehend.

The best conclusion we can reach is, perhaps, expressed in Paul’s divinely inspired words: “Oh, the depth of the riches and wisdom and knowledge of God! How unsearchable are his judgements and how inscrutable his ways!”  (Romans 11:33).  Having expressed this doxology and the worship it provokes, the apostle continues to challenge his readers to offer themselves to God, to avoid being conformed to the world’s ways of thinking and to be transformed by the renewal of their minds so that they can discern God’s will (Romans 12:1-2).  Here is the challenge for God’s people.  We so often reflect the world’s way of thinking about the issues in the news.  We default to conformity, but we need transformed for obedience.

Joshua and Romans speak the same word to us in this moment of uncertainty.  Whether we feel, like Joshua, that we are facing a battle and need God on our side or whether we are simply, like Paul, overwhelmed by what the future holds and how God can hold our future, we are challenged to take the servant stance and offer ourselves again to God.  At the intersection of human responsibility and divine sovereignty rests the servant’s prayer of faith: “Your kingdom come; Your will be done”.  The renewal of our minds entails increasingly becoming gospel people, shaped by the great and true story of Scripture.  We must, therefore, reject petty and false stories that say that a bright future can only be secured by endless growth of a greed-fuelled economy, even if it keeps others disadvantaged at home and impoverished overseas, or by retaining ‘our wee bit of land’ just for us and our kind, or whatever other myths godless minds concoct.  We know that true hope is found only in the soon return of Christ and real help is found only in the transforming presence of the Spirit.

As the debate over the consequences of Brexit unfolds, we will have increased opportunities to speak a different story – the gospel story of a sovereign God who is creator, redeemer and ultimate restorer of all things.  Into fear we speak faith.  Into uncertainty we speak hope.  Into hatred we speak love.  And our words are not empty – they must be met with concrete demonstrations of God’s presence as we serve others in His name.

Christians have always known how to be people of faith, hope and love in the midst of uncertainty. May we rediscover that subversive gospel imagination for our time!

This article is a perspective from Dr Paul Coulter our Lecturer in Practical Theology and Missiology, and is written to encourage, inform and stimulate Christian thinking and represent the authors’ views and not an official position by the College. 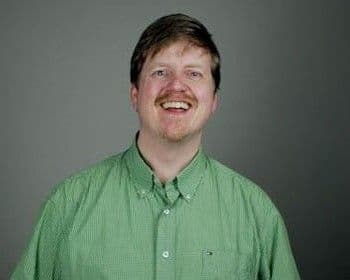